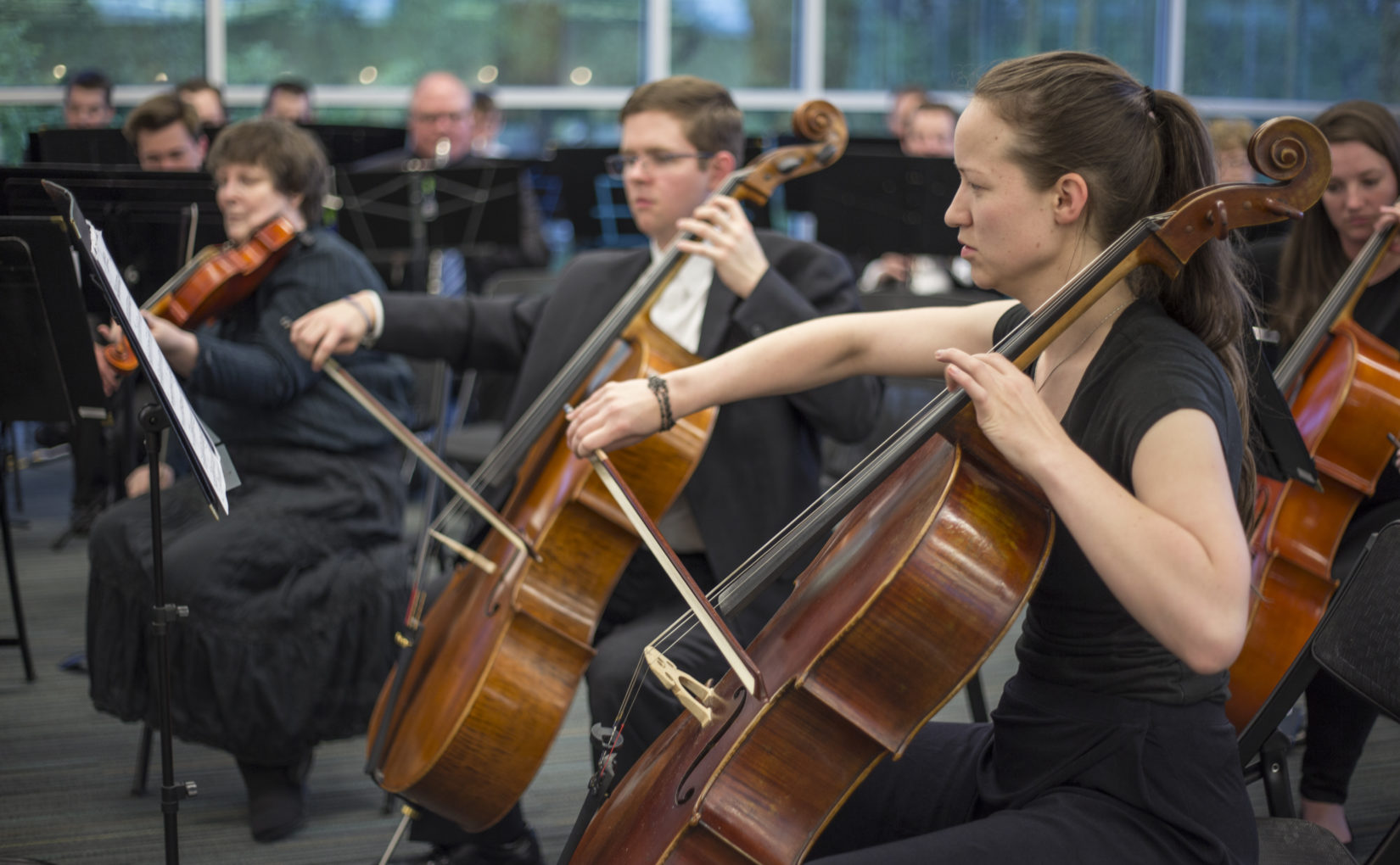 The Nebo Philharmonic is a community orchestra based in southern Utah County. Founded in 2006, we perform affordable family-friendly concerts as a service to the community. We hope you’ll enjoy these opportunities to hear live performances of music that has shaped the world.

Performers are all volunteers, coming from a variety of age groups, backgrounds, and skill levels. If you play an instrument, please consider joining us!

Sherrie has loved classical music since she took ballet lessons as a child. She especially loved to hear the harp in Tchaikovsky’s ballets. She learned to play the harp and piano, eventually studying music at BYU. She also sang frequently, including with the BYU Sounds of Freedom (now BYU Young Ambassadors).

Sherrie was a local public school teacher for 32 years. She taught hundreds of local musicians, including many current members of the Nebo Philharmonic. In 2010, she received the KSL Teacher Feature Award, acknowledging her years of dedication to music education.

While teaching, she pursued a master’s degree in Music Education from BYU. A highlight of this experience was being selected by Dr. Clyn Barrus to conduct the BYU Symphony Orchestra.

Sherrie has played harp and viola with the Utah Valley Symphony for 35 years and loves composing and arranging. She and her husband Craig have enjoyed making music over the years with their seven children.

The Nebo Philharmonic Orchestra was organized in 2006. Carolyn Sorensen approached the Spanish Fork Arts Council with the idea, asked Benjamin Winkler to conduct, and worked together with him to recruit members. The orchestra debuted at the Spanish Fork Harvest Moon Hurrah on October 7, performing patriotic selections including “The Stars and Stripes Forever.” This was followed in November by a premiere concert, “Off to the Hunt!”, with performances in Spanish Fork and Payson.

Highlights under Winkler’s leadership include performing an adaptation of Humperdinck’s Hansel and Gretel with the Classical Ballet Academy in 2008; a joint concert with the Oquirrh Mountain Symphony (now Utah Philharmonic) honoring veterans at the Spanish Fork Armory on Veterans Day, November 11, 2011; and a lunar-themed outdoor evening concert in the summer of 2012, performing as the full moon rose.

In 2013, the orchestra became an independent nonprofit, expanding its mission to serve the communities throughout the region, including Springville, Spanish Fork, Salem, and Payson. Laurisa Christofferson began conducting in 2014, and Sherrie Dunford took over in 2016. Under their artistic leadership, the orchestra has continued to grow and develop. It still performs annually at the Harvest Moon Hurrah, and has added new traditions like the Salem Pond Christmas Lighting and children’s concerts at the Springville Library.